Most of us know our city best by the way it looks during the daylight hours. However, many cities are best viewed at night, and some cities never sleep. When streets, architecture and skylines are outlined by colorful lights, a city's night scene can be fascinating for a relaxed mind after a day's work.

Here are some of the Chinese cities which are especially attractive after sunset.
1. Hong Kong

A night view of neon-lit billboards along a road in Hong Kong, Mar 10, 2013. Known as "the Pearl of the Orient",Hong Kong has many reasons for being at the top of this list, from architectural skyscrapers, high density urban scenery, colorful neon signs, to an exciting nightlife where East meets the West. [Photo/IC] 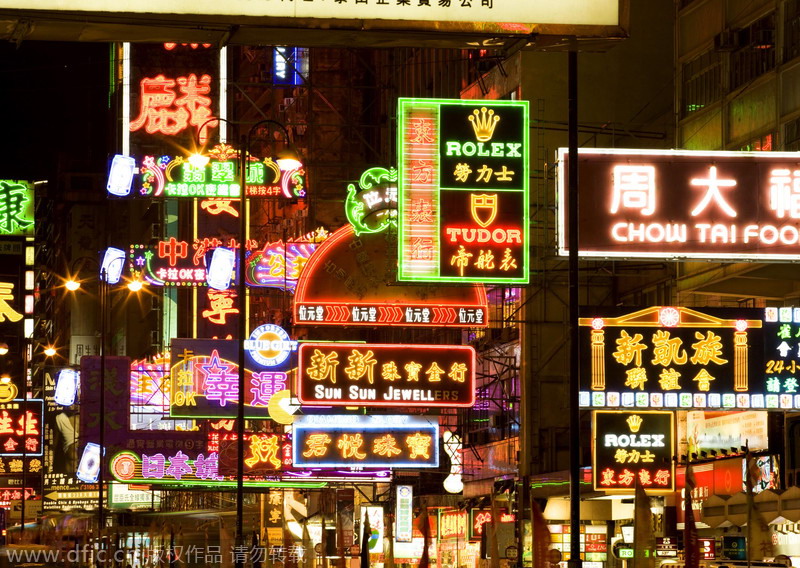 Beijing's CBD area is even brighter at night than during the day, Mar 25, 2014. Other locations to enjoy Beijing's night view include Tian'anmen Square, Sanlitun and Houhai area. [Photo/IC] 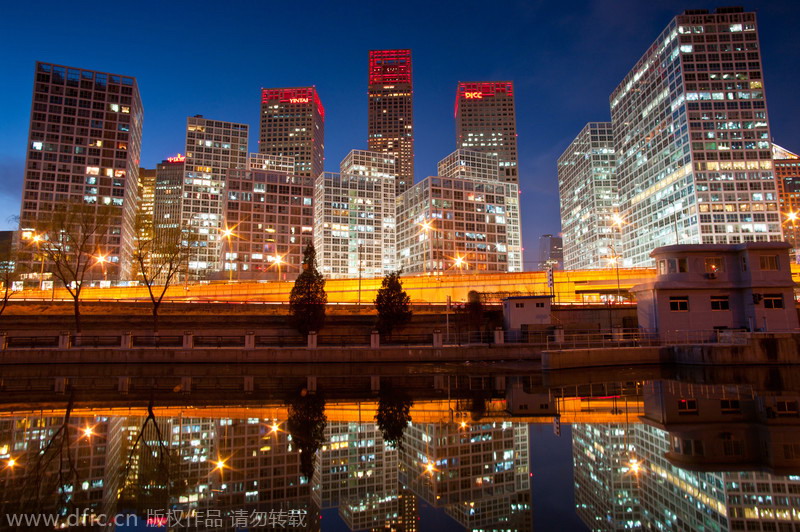 Sitting at the mouth of the Yangtze River, Shanghai's colorful night scenery has become a popular tourist attraction for domestic and international tourists. [Photo/China.org.cn] 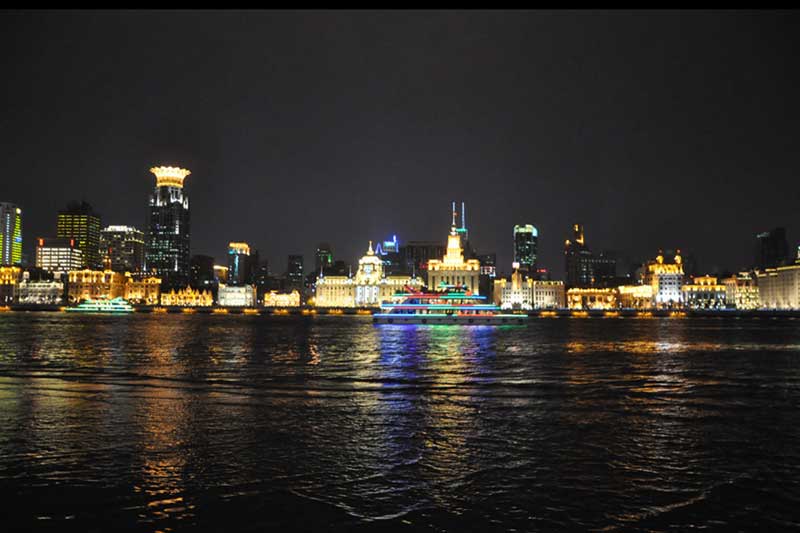 A night view of Shenzhen city is highlighted by skyscraper KK100, in South China's Guangdong province, July 16, 2014. Standing 441.8 meters tall, the 100-floor building accommodates offices, a hotel, restaurants and a supermarket. As one of the fastest-growing cities in the world, Shenzhen boosts busy and attractive night scenes. [Photo/IC] 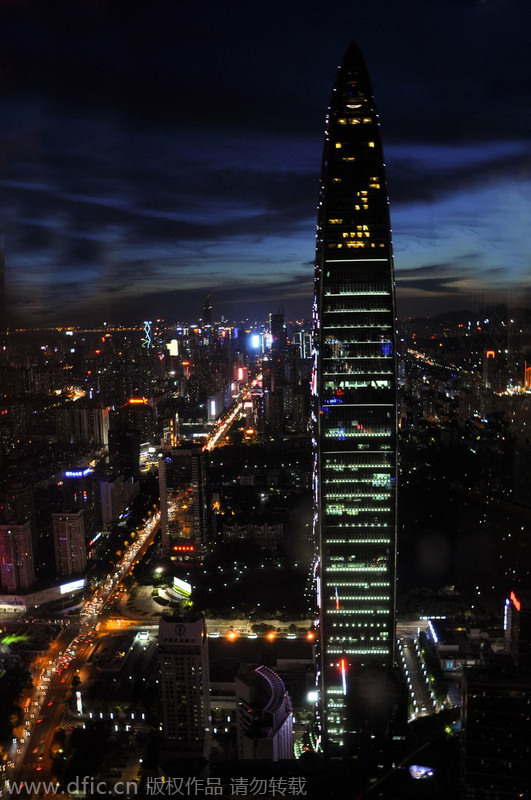 Photo taken on Nov 11, 2010 shows Huangcheng square in Guangzhou, capital of South China's Guangdongprovince, at night. A night cruise along the Pearl River in Guangzhou is a good way to enjoy the city's picturesque night views, when all the architecture along the river is lit up. [Photo/Xinhua] 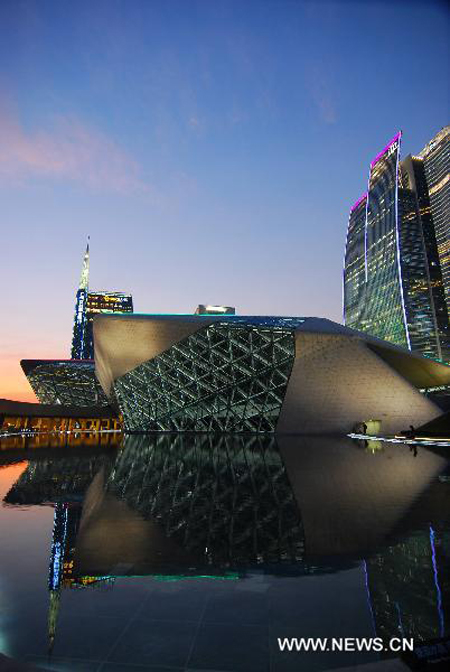 A night view of modern buildings in Changsha city, Central China's Hunan province, April 28, 2011. Changsha is referred by many as the "non-night city", and the most well known nighttime activity is foot massage, along with drinking in pubs, singing in the KTV, and having midnight snacks. [Photo/IC] 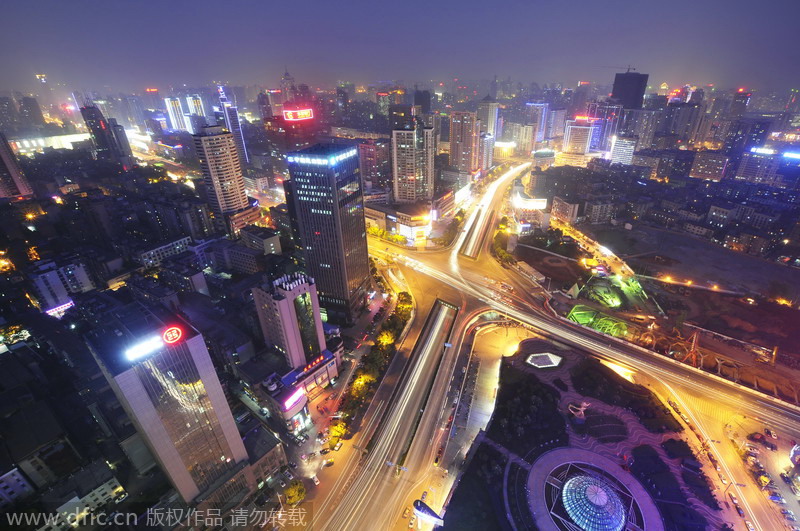 Photo taken on May 12, 2014 shows bright lights against the night sky in Tianjin city, north China. The city featuresnot only booming business, but also flourishing entertainment. At night, people can enjoy Tianjin cross talks in a traditional tea house, or have some beer at one of the many western-style bars. [Photo/Xinhua] 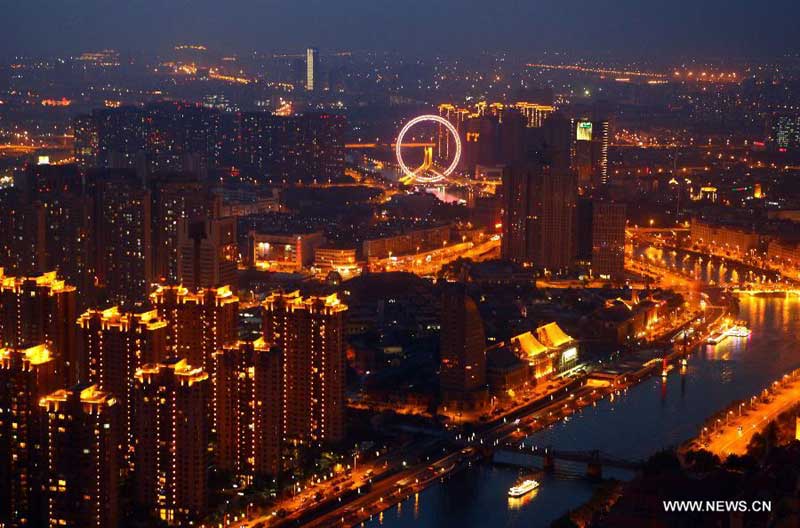 Dusk sets over Qingdao city, in East China's Shandong province, Sep 1, 2013. This beautiful port city is a popular summer getaway for many people from many other Chinese cities. After sunset, the city is a good place to enjoy some bewitching night scenery amid breezes from the sea.[Photo/IC] 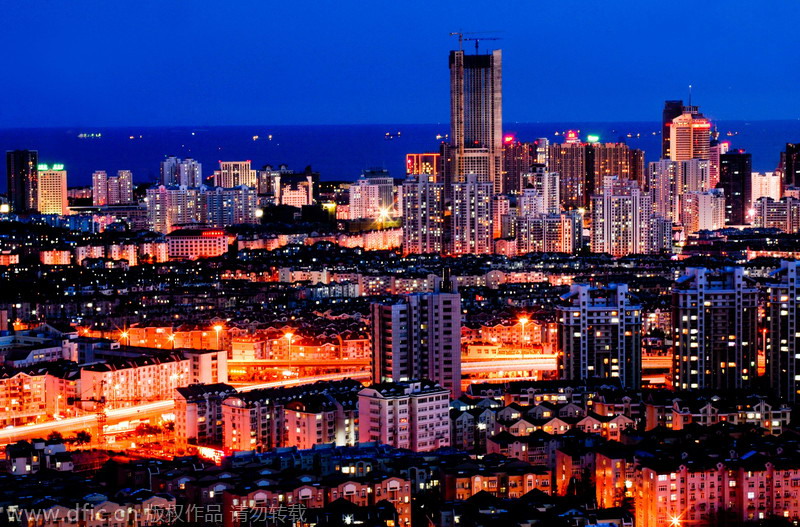 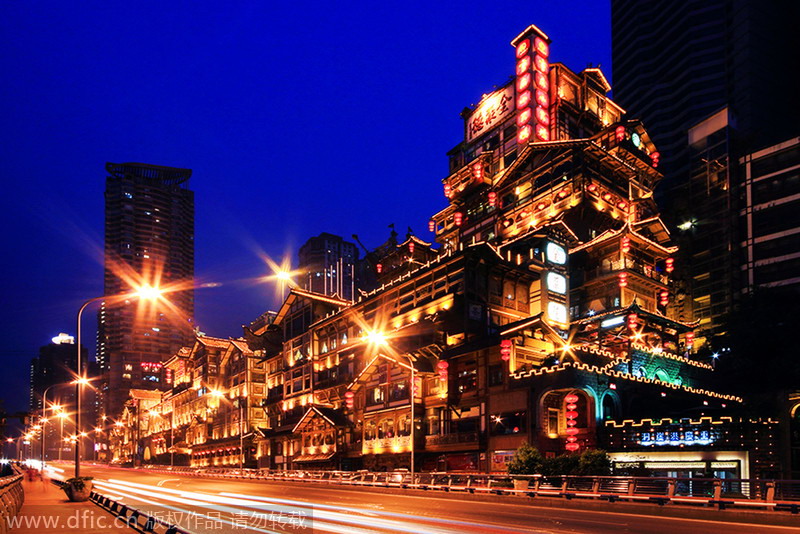 A night view of the Qinhuai River. The river runs through central Nanjing and is renowned as a place of beauty and romance in many Chinese novels. The lively night scene and classical architecture along the river remind people of the old splendor of this historical city,which was once "the ancient capital of six dynasties". [Photo/IC] 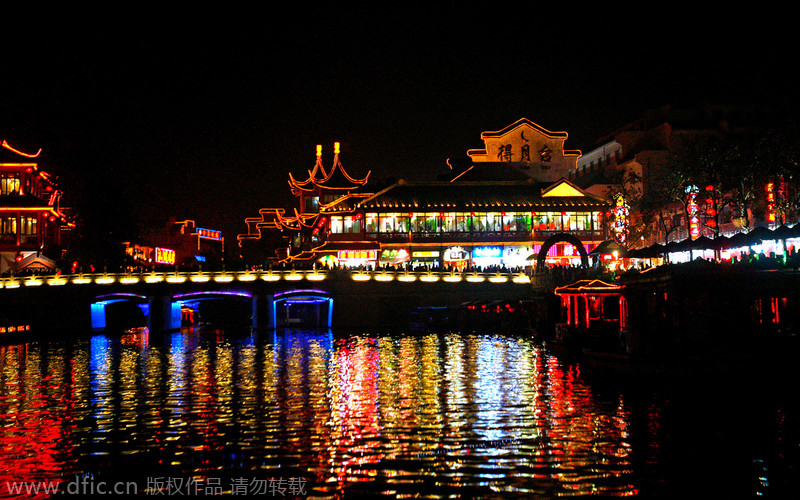