Great Wall at Mutianyu topped the list due to its well-preserved construction and splendid view. The ranking includes well-known attractions on the Chinese mainland, Hong Kong and Taiwan.

The ranking made by China.org.cn is based on TripAdvisor 2014 Travelers' Choice Awards released recently. This is the second year that the website, the largest travel site in the world, released the rankings.

It based the rankings on customers' comments on hotels, restaurants and attractions in the past 12 months. 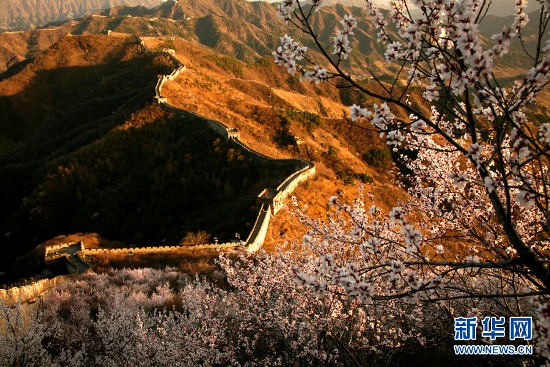 Located 73 kilometers from downtown Beijing, it is an essential section of the Great Wall. This well-preserved section was built about 1,400 years ago and reconstructed later under the Ming Dynasty. It joins the Juyong Pass in the west and Gubeikou in the east. The strategic importance of Mutianyu was obvious, as many battles took place there. The famous, unrestored Jiankou Great Wall is located to the west of it. It features a splendid view and is equipped with a world-class cable car perfect for after long hikes. 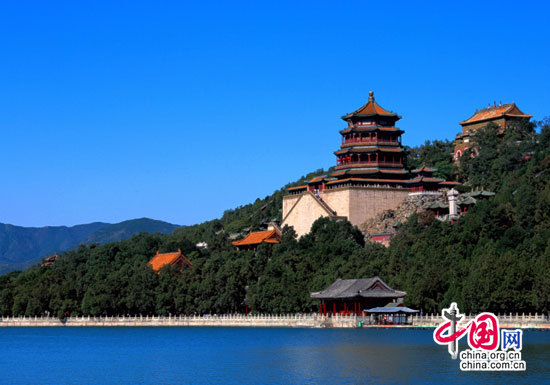 The Summer Palace lies in the northwestern outskirts of Beijing. It is the largest and best preserved royal garden in China. Occupying an area of 290 hectares, the park consists mainly of Longevity Hill and Kunming Lake with halls, towers, galleries, pavilions, bridges and islands spread throughout the grounds. Blending southern Chinese garden architecture with northern China's natural landscapes, the gardens are probably the best of their kind when it comes to Chinese garden architecture. In December 1998, UNESCO included the Summer Palace on its World Heritage List. 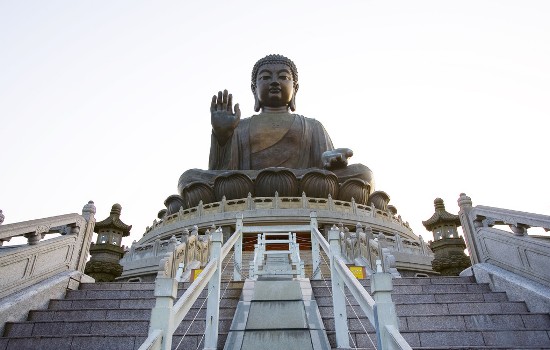 Big Buddha, also known as Tian Tan Buddha, is the world's largest outdoor bronze Buddha. Located on the peak of the Muyu Mountain, it was unveiled in December 1993. The Buddha is 34 meters tall including the lotus base. It weighs 250 tons and was welded with 202 pieces of bronze. It is surrounded by The Offerings of the Six Devas- six smaller bronze statues representing deities on their knees offering flowers, incense, a lamp, ointment, fruit and music to the Buddha. 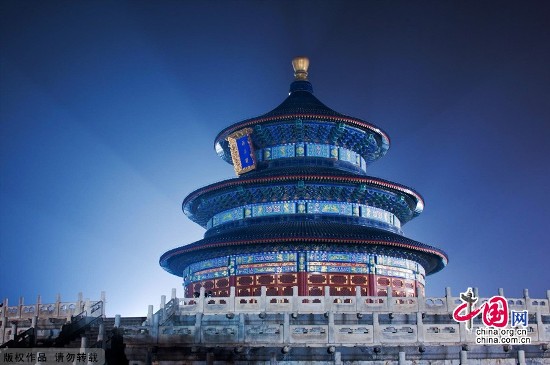 The Temple of Heaven, literally the Altar of Heaven, is a complex of Taoist buildings situated in southeastern Beijing. The Emperors of the Ming and Qing dynasties (1368-1911) visited the complex annually when they prayed to Heaven for good harvests. The temple complex covers an area of 273 hectares, about four times the size of the Forbidden City. The main buildings were built in 1420 under the Ming Dynasty (1368-1644) by Emperor Yongle to worship Heaven and Earth. 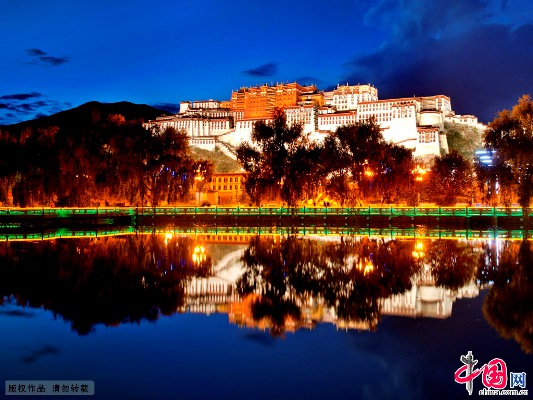 The Potala Palace is considered to be a model of Tibetan architecture. Located on the Red Hill in Lhasa, it covers more than 360,000 square meters and has 13 stories. It was first constructed in 641 by Tibetan King Songtsen Gampo in order to welcome his bride, Princess Wencheng of the Tang Dynasty. This structure was later burned to the ground during a war and rebuilt in the 17th century by the Fifth Dalai Lama. Over the past three centuries, the palace has gradually become a place where the Dalai Lama lives and works and a place for preserving the remains of previous Dalai Lamas. 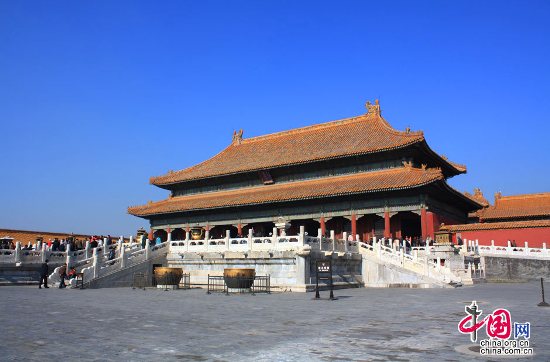 It is more commonly known as the Forbidden City or the Imperial Palace and was the place where the emperors of the Ming and Qing dynasties lived and carried out their administration. Now it is open to the public as a palace museum where people can see the great traditional palace architecture, enjoy the treasures kept in the palace and learn the legends and anecdotes of the imperial family and court. It has 720,000 square meters (72 hectares) of courtyards, pavilions, great halls, flourishing gardens and nearly 10,000 rooms. It is the largest and best-preserved group of palaces in China. It became a UNESCO World Heritage Site in 1987. 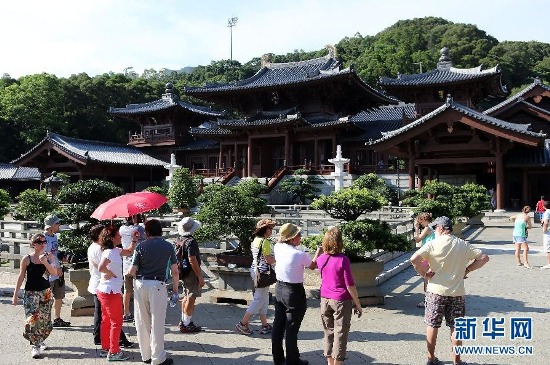 Located in Diamond Hill, it is a large Buddhist temple complex covering an area of more than 30,000 square meters. It focuses on education, social welfare and religious culture. It opened a free school in 1948 to provide free education for poor children. In 1957, a free orphanage and home for the elderly were established. It was renovated in 1989 and a hall, outdoor theater, park and a special technical school were established. The architecture follows the traditional Chinese architecture of the Tang Dynasty, featuring a solemn beauty and calm. 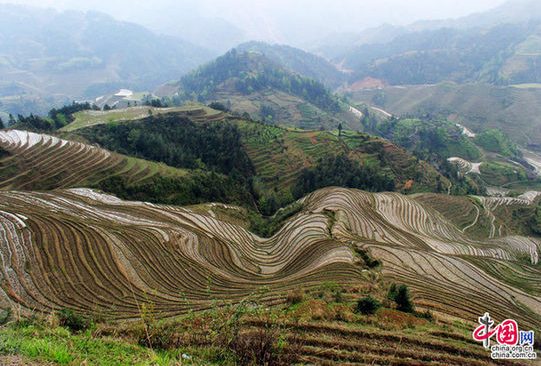 Located on Longji Mountain of Ping'an Village, Longji Terrace, also known as Longsheng Terrace Field, is a fascinating scenic spot. First constructed in the Yuan Dynasty and completed in the Qing Dynasty, it has over 650 years of history. It gets its name for resembling a dragon with the mountain top as its backbone. Covering an area of 66 square kilometers, it climbs in altitude from 300 to 1,100 meters. June is considered the best time to visit. 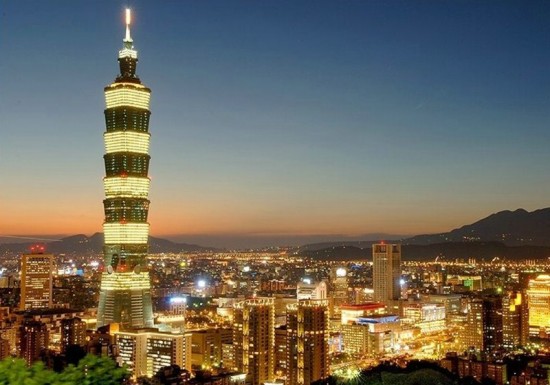 Taipei 101, also known as the Taipei Financial Center, is a 509-meter, 101-story landmark skyscraper located in Xinyi District of Taipei. Upon completion in 2004, the mega building had been the tallest building in the world until Dubai's 828-meter-tall BurjKhalifa overtook it in January 2010. There are two high-speed elevators located in the tower that move at a top speed of 16.83m/s (55.22 ft/s), shooting visitors up from the fifth floor to the 89th floor observation deck in only 37 seconds. After a busy day in Taipei, flying high into the sky and having a bird's eye view of the entire city of neon lights will certainly make for the perfect ending to your trip. 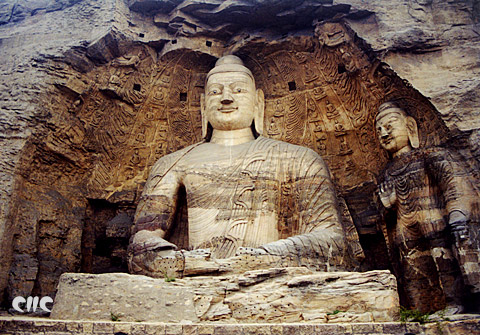 The Yungang Grottoes are ancient Chinese Buddhist temple grottoes, located 16 kilometers west of Datong in Shanxi Province. They were built on the north cliff of Wuzhou Mountain and extend about 1 km (0.62 miles) from east to west.The historical records reveal that the grottoes were built during the Northern Wei Dynasty (386-557) by an abbot, and are 1,500 years old. Forty-five major caves and 209 other caves cover a total area of 18,000 square meters. The caves feature 51,000 stone carvings, the highest one measuring 17 meters and the smallest one only 2 cm. In 2001, the Yungang Grottoes were made a UNESCO World Heritage Site.