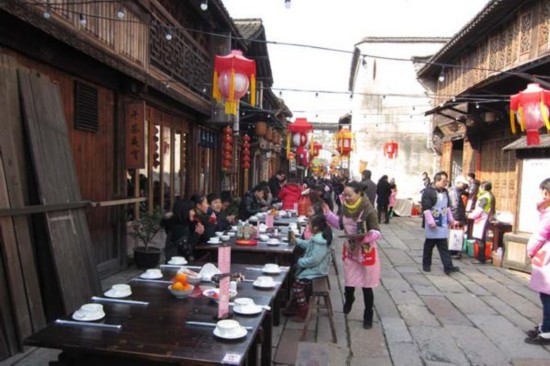 Wuzhen Town, China's Zhejiang[Photo/China.org.cn]
During the Spring Festival, the streets in Wuzhen are illuminated for the celebration.People putup posters on their doors and walls. Many customs of the Lunar New Year holidays are inherited in the town. The most distinctive one is the "long street banquet".

In the past, wealthy families would hold banquets for guests in the Spring Festival. The neighbors set out tables and chairs along the street. The connected tables formed the lively and colorful "long street banquet".

Today, the "long street banquet" is still held in Wuzhen town with more splendid dishes.The most indispensable one is the well-known braised sheep. It is a usual practice to put up a pot and boil sheep meat. The scent penetrates the whole street. Visitors are strongly advised to taste this gourmet.

Other activities in the town: worshiping the kitchen god (Dec.23 on the Lunar New Year);pasting spring couplets, setting off fireworks and holding the reunion dinner (on the eve of the Lunar New Year); burning the first incense, watching traditional Chinese opera,enjoying festive lanterns, attending the temple fair and the lantern festival in January. 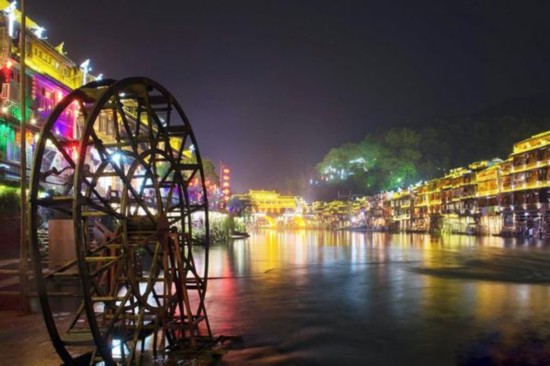 The locals keep to the traditional way of celebrating the Lunar New Year. Before reunion dinner, they will have a ceremony to worship their ancestors and after dinner,the older generations in the family will distribute hongbao or red envelops with money to children.And everyone stays up until the wee hours of the morning to usher in the New Year. 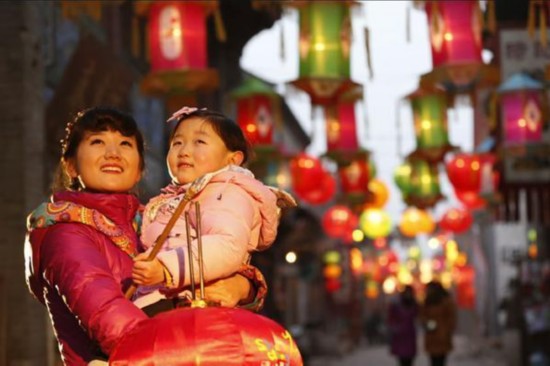 Known as the "dry port" for its strategic location along many overland trading routes,trade in Zhoucun flourished in the early 20th century, and it became an important center for bankers and well as silk and tobacco merchants.

The Zhoucun Old Town became a national AAAA tourist site in 2008, featuring museums, shops, restaurants and cultural performances. As a commercial town with a thousand-year history, it has hosted various kinds of excellent scenic spots. 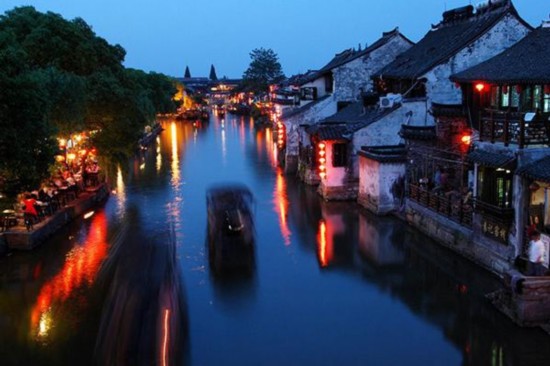 Xitang ancient Town, China's Zhejiang [Photo / China.org.cn]
While some of the traditions and customs for the Spring Festival have been fading away among urban citizens, in Xitang, a water town renowned for its wandering rivers and time-honored architecture, people still perform grand traditional ceremonies to celebrate this most important festival.

Sandwiched between Shanghai and Hangzhou,the two most bustling modern cities in China's east coast, Xitang has succeeded in preserving all the old regimens needed for an ancient style Spring Festival celebration, which has helped to usher in a tourist boom in this tiny town. 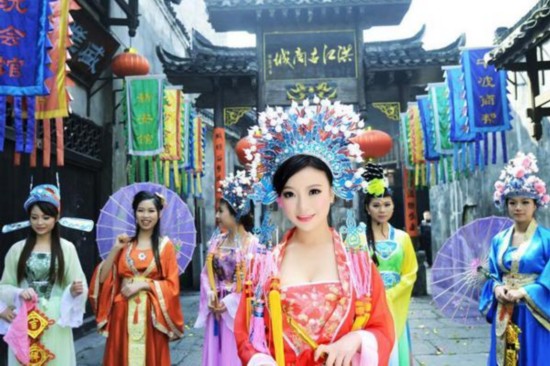 The Hongjiang Ancient Commercial Town is a characteristic scenic spot in Hunan. The town boasts more than 380 intact ancient structures erected during the Ming and Qing Dynasties, covering an area of 100,000 square meters. The buildings endured the ages with some wear, but they remain vivid reminders of the luxurious lifestyle of wealthy merchants.