Peking University (abbreviation PKU; colloquially known in Chinese as Běidà 北大), is a major Chinese research university located in Beijing, and a member of the C9 League. It is the first established modern national university of China, founded as the "Imperial University of Peking" in 1898 as a replacement of the ancient Guozijian. By 1920 it had become a center for progressive thought. Today, Peking University is frequently listed by many domestic and international rankings as one of the top universities in China. In addition to academics, Peking University is especially renowned for its campus grounds, and the beauty of its traditional Chinese architecture.

Tsinghua University (sometimes abbreviated as THU and also romanized as Qinghua University) is a research university located in Beijing, China, and one of the nine members in the C9 League.

The institution was originally established in 1911 under the name "Tsinghua College" and had been renamed several times since then: from "Tsinghua School" which was used one year after its establishment, to "National Tsinghua University" which was adopted three years after the foundation of its university section in 1925. With its motto of Self-Discipline and Social Commitment, Tsinghua University describes itself as being dedicated to academic excellence, the well-being of Chinese society and to global development. It has been consistently regarded by most domestic and international university rankings as one of the top higher learning institutions in Greater China.

As founded by its institutional predecessor in 1905 shortly before the end of China's imperial Qing dynasty, it is among the oldest modern universities of the country. Fudan is now composed of four campuses, including Handan (邯鄲), Fenglin (楓林), Zhangjiang (張江), and Jiangwan (江灣).

The Shanghai Institute of Visual Art (SIVA) is an independent subsidiary of Fudan University.

Fudan University enrolls over 45,000, including full-time students and students in continuing education and online education. Additionally, there are nearly 1,760 students from overseas, ranking second nationally.

Wuhan University (WHU; simplified Chinese: 武汉大学; traditional Chinese: 武漢大學; pinyin: Wǔhàn Dàxué; colloquially 武大, Pinyin: Wǔdà) is located in Wuhan, Hubei, China, and is administered by the Ministry of Education of the People's Republic of China. It was selected by both Project 985 and Project 211 as a major receiver of state funding. The university is situated at Luojia Hill, with palatial buildings blending the Chinese and Western style. It was commonly regarded as one of the most beautiful campuses in China.

The university has rolling physical features with the scenic Luojia Hill and the beautiful East Lake. Its campus is heavily wooded and green, with fragrant flowers everywhere year-round. Wuhan University is widely known as one of the most beautiful universities in China, especially for its cherry blossom garden in the spring. A cherry blossom festival is held every spring. Most stylish old buildings were designed by F. H. Kales (1899–1979). Educated in MIT, Mr. Kales was a pioneer to blend western architectural styles with traditional Chinese elements, which is most evident from his roof designs.

Wuhan University boasts a campus covering an area of 5508 mu and has a floor area of 2.42 square kilometres. The university's libraries have a collection of approximately 5.4 million volumes and subscriptions to more than 10,000 Chinese and foreign periodicals.

Zhejiang University is located in the city of Hangzhou, Zhejiang Province, approximately 112 miles (180 km) southwest of Shanghai. Zhejiang University Library collection contains about 7 million volumes, making it one of the largest academic libraries in the country.

Renmin University is one of the most prestigious universities in China, with a distinct focus on humanities and social sciences. Renmin University has produced many influential figures in China's reform and development, and is home to many outstanding scholars in law, economics, journalism and other fields. As measured by admission scores of China's National Higher Education Entrance Examination, Renmin University has consistently ranked among the top three most selective Chinese universities in the liberal arts and social science division.

The High School Affiliated to Renmin University of China is one of the most prestigious high schools in Beijing, and a sister school of Phillips Academy in Massachusetts, Phillips Exeter Academy in New Hampshire and Punahou Academy in Honolulu.

The English Corner at Renmin University is very famous in Beijing. Every Friday evening, people gather at the Qiushi Garden near the east gate to practice English. It is a good place to meet and communicate with the students of the university and the common people of China.

Renmin University is host to about 1,165 international students at present and many of the students are from South Korea. There are so many South Korean students that the International Students Dining Room has a separate Korean menu aside from their traditional Chinese menu.

Nanjing University (NJU or NU, colloquially 南大, Nándà), or Nanking University, is one of the oldest and most prestigious institutions of higher learning in China. Following many changes through dynasties since CE 258, it was established as a modern school in 1902 in late Qing dynasty, and became a modern university in the early 1920s, the early years of Republic of China, being the first Chinese modern university with the combination of education and research, and also as a pioneer laying the foundations for the establishment of the modern educational system (Renxu Xuezhi) in China. Before the eve of establishment of People's Republic of China in 1949, the name was changed from National Central University to Nanjing University.

Nanjing University is a comprehensive research university. It is a member of the C9 League and Yangtze Delta Universities Alliance. NU is a national university directly under the Ministry of Education of China, largely financed by the national and the Jiangsu provincial governments. Nanjing University has two campuses: Gulou campus, located in the centre of Nanjing, and Xianlin campus, located in northeast of Nanjing south of the Yangtze River, which is the home to most undergraduate students and graduate students of several departments.

Gulou Campus is located in Gulou District, at the center of Nanjing City. The main campus itself is divided into two sections by Hankou Road: North Garden, Bei Yuan, is where most teaching and research take place; and South Garden, Nan Yuan, serves as the living area for both students and academic staff.

Pukou Campus is situated in the suburban Pukou District and became part of Nanjing University in 1993. Once Pukou Campus hosted undergraduate freshmen, sophomore and junior students. In 2009, the Pukou campus became the campus of the independent Jinling College, which was founded by Nanjing University.

Xianlin Campus is located in the northeast of Nanjing, in the Xianlin Universities Town, south of Yangtse River and Qixia Mountain, east of Purple Mountain, and west of Baohua Mountain. The campus is home to undergraduate students. It was opened in September 2009. There is the stop of Nanjing University Xianlin Campus on Line 2 of Nanjing Subway, which enables Xianlin and Gulou campus to be connected through subway.

Located in Changchun, the capital city of Jilin Province in Northeast China, the university has eight campuses in five districts which are home to thirty-nine colleges covering eleven academic disciplines, including philosophy, economics, law, literature, education,history, science, engineering, agriculture, medicine, and management. The University has sixteen disciplinary areas,five national key laboratories, and eight national bases for the development of basic science. Other resources include five research bases for humanities and social sciences, seven key laboratories sponsored by the Ministry of Education and eleven by other ministries of Chinese government.

Jilin University is one of the most prestigious "Top 10" universities in China, and has several research projects in automobile engineering, chemistry, computer science, electrical engineering and biology. JLU also provides undergraduate and graduate programs in law, literature, philosophy, medicine and veterinary science. It is one of the key universities involved in China's Project 985, Project 211 and Project 2011.

Jilin University is a comprehensive and national key university. JLU offers a variety of degree programs. It has now 115 undergraduate programs, 192 Master's degree program, 105 doctoral degree programs, and seventeen post-doctoral programs. In 2003 the university enrolled 59,000 full-time students, including more than 10,000 graduate students. At present there are 6,540 faculty members, with twenty members of Chinese Academy of Sciences and Chinese Academy of Engineering, 1270 full professors, and 1652 associate professors.

Sun Yat-sen University (simplified Chinese: 中山大学; traditional Chinese: 中山大學; pinyin: Zhōngshān Dàxué) is a public university located in Guangdong, the most economically developed province in China. The university was founded in 1924 by Sun Yat-sen, a Chinese revolutionary, first president and founding father of the Republic of China.

The university's assets include the world's fastest supercomputer Tianhe-2, which is valued at 2.4 billion yuan. The university also has the largest affiliated hospital system in China.

More about Medical in China 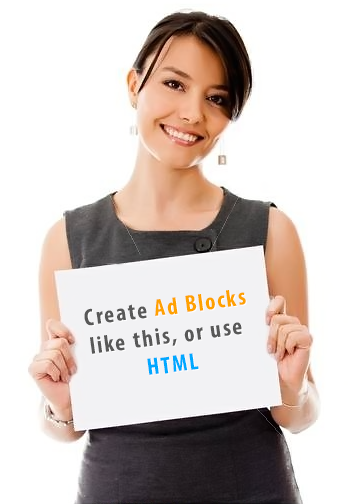 More About International Recognition and Accreditation of Chinese Medical Universities