Home
Why Do Indians Study Abroad? 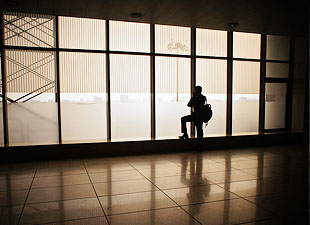 Why do thousands of Indian students head abroad each year for a university degree? Dr. Pushkar discusses.

AsianScientist (Mar. 22, 2013) – Arindom Datta is an old friend I have kept in touch with since college. After graduating from Delhi’s St. Stephen’s College, he took a degree from a leading Indian business school and currently works with a multinational bank in New Delhi.

When I met Arindom soon after my return to India in July 2012, he was a worried parent. His son Reuben was finishing school in 2013. Arindom was concerned that it would be tough for his son to get admitted to one of the better colleges in the National Capital Region (NCR).

“Reuben is a good student. That’s not the problem. But even with 90 plus percent, forget Stephen’s, kids end up at obscure colleges where they still don’t get to study what they want to study,” he explained. “Most of these places, public or private, kuch pata nahin kaise hain (one does not know if they are good).”

Colleges in the NCR count among the best in the country and attract thousands of young Indians each year far and near. However, despite increasing student intake over the years, they have to turn away large numbers of hopefuls. Many are unable to get admitted in disciplines of their choice.

India’s colleges require students to choose their discipline when they apply for admission (though that will no longer be the case at Delhi University’s colleges from this year). Entry marks for popular disciplines like economics or physics in the best colleges – Lady Shri Ram College for Women (LSR) or St. Stephen’s – are in the high 90s. Depending on their marks, many compromise on the discipline and opt for less popular disciplines in order to study at a better college.

“What does Reuben want to study?” I asked.

“Economics and music. He is a guitarist, plays with a band, and he is also a good tennis player. He is applying to several American schools but they are too damn expensive. Everything depends on funding. What about Canada?” he asked.

I suggested some Canadian universities and we went on to talk about other things.

I called Arindom recently after I moved to Goa earlier this month to take up a faculty position at the Birla Institute of Technology and Science (BITS) Pilani-K. K. Birla Campus.

“Fantastic news! Reuben has secured admission and 80 percent funding at a good American school in the Boston area. I can afford the rest. We are waiting for news from a few others. Thank God!” he reported.

Reuben will be one of the thousands of students heading to the United States this fall. The Times of India reported that 5,600 student visas were issued in India between October 2012 and February 2013, a 50 percent increase from last year.

More than 100,000 Indian students are registered at American universities, next only to students from China.

Why do thousands of Indians like Reuben head abroad each year?

For India’s young women and men, there are four main options when they finish school.

First, if they are incredibly hard working, bright, and lucky, they finish with exceptionally high marks and get to attend a college of their choice in the discipline they want to. An absurdly low number of students succeed because the competition is frightening. For example, in 2011, the Shri Ram College of Commerce in Delhi made headlines when it announced a first cut-off of 100 percent for non-commerce (science) students opting for a bachelor’s degree in commerce (honors).

Second, if students want to pursue an engineering or medical degree, they must crack the highly-competitive exams for the best engineering schools like the Indian Institutes of Technology (IITs) and BITS. In 2012, more than 500,000 students competed for about 10,000 seats at the 15 IITs.

The odds of getting admitted into one of the three BITS Pilani branches – at Pilani, Hyderabad, and Goa (a fourth is in Dubai) – are equally staggering.

When students fail to get into these or a few other comparable schools, they have to settle for less. There is a wide gulf between the best and the rest of engineering and medical schools so that for many students, the ‘thirteenth option’ is hardly an option at all.

Third, students can choose to attend private institutions. However, these are far more expensive than public colleges and most parents I have spoken with are wary about the quality of education there. While there are a few newer credible private institutions, they cannot meet the high demand. Still, many students have nowhere to go and end up at one of the lesser private universities.

Finally, for many students, the option is to head West or East. When I attended St. Stephen’s in the mid-1980s, nearly all West-bound students headed for graduate schools in the U.K. (usually through scholarships like Rhodes or Inlaks) or the U.S. (almost always to the school which offered full or nearly 100 percent funding). I cannot recall any of my contemporaries who went to either Australia or Singapore. A very small number – mostly the affluent – went abroad for undergraduate degrees.

Now, the student traffic to the East has grown considerably. Other than Australia, Singapore has also emerged as a good option, both due to the quality of its universities and proximity to India. And more Indians go abroad for undergraduate degrees.

My cousin Shalini Prasad recently re-located to Delhi from Ahmedabad because her kids were growing up. Educated in Delhi herself, she was clear about the move.

“Delhi has the best schools and colleges. You can’t be anywhere else.”

While it will be another two years before her two kids attend college, we have more than once discussed the possibility that, unless the Indian government rises up to the challenge of increasing the number of good quality colleges or at least regulates private universities appropriately, they too may have to head East or West.

Disclaimer: This article does not necessarily reflect the views of Asian Scientist or its staff.